How many times have you heard one of these statements and similar ones get thrown around in daily conversations at the bus stop or at the local fast food joint while having a chat with friends or colleges? Probably a lot!!

Depression has been described as the “common cold” of mental illness, perhaps rightfully so, as studies suggest, a greater chunk of the world population experience an episode of this potentially debilitating disease at least once in their lifetime. Despite the fact that there’s a great deal of information available on depression, the misconception and prejudices surrounding this disease is mind-boggling, the most notable one being the obscurity of the fine margins in semantics that separate depression from normal feelings and moods of sadness.

So what really is depression? When can someone say that they are depressed? and who has the authority to say someone is depressed?

To answer the first question, it’s crucial to the first state that “depression” is a mental health term and not an adjective that can be used to describe normal feelings of sadness, despondency, and sorrow. Depression is often a very dark place to be in. It is an acutely serious disease with the potential of completely flooring its victim and putting them at its mercy. Sadness on the other hand isn’t a disease. Sadness is a negative feeling but a good feeling altogether. It is for this reason that psychologists have theorized that though negative, sadness is instinctual thus, is at the very core of human existence. And like all other instincts, sadness serves an important survival need.

Consequently, It’s totally normal for a man who has broken up with his girlfriend to feel sad or a child whose mother has lost the battle to cancer

to feel sad r even at times utterly distressed. The feelings of sadness in both scenarios is healthy because it’s evidence that both individuals are capable of bonding and forming deep relationships with others. Conversely, it would be absurd if a man who has been married for 35 years reacts to a traumatic divorce with apathy and indifference.

As indicated by the fifth edition of the Diagnostic and Statistical Manual for Mental Disorders (DSM-5) Clinical Depression, otherwise known as the major depressive disorder is a mental health condition characterized by persistently depressed mood or loss of interest (or pleasure) in activities, causing significant impairment in social, occupational and other important areas of functioning. It’s a psychological condition that affects how an individual feels, thinks, and acts.

For one to be diagnosed with Depression/ Major Depressive Disorder, one must show at least 5 of the following symptoms consistently within the same two-week period.

1. Depressed mood as indicated by either subjective report (e.g., feels sad, empty, hopeless) or observation made by others (e.g., appears tearful). (Note: In children and adolescents, can be irritable mood.)

2. Significantly diminished interest or pleasure in all, or almost all, activities most of the day, nearly every day (as indicated by either subjective account or observation).

3. Significant weight loss when not dieting or weight gain (e.g., a change of more than 5% of body weight in a month), or decrease or increase in

5. Psychomotor agitation or retardation nearly every day (observable by others, not merely subjective feelings of restlessness or being slowed down).

6. Fatigue or loss of energy nearly.

7. Feelings of worthlessness or excessive or inappropriate guilt (which may be delusional)

8. Diminished ability to think or concentrate, or indecisiveness.

When can someone say that they are depressed?

The layman’s understanding of mental illness is oftentimes skewed and out of touch. This tends to work against the authority of practitioners and in turn, causes people to lessen the seriousness of their regard to mental illnesses. For example, a person who self-diagnoses by saying they have insomnia simply because they pulled an all-nighter studying or couldn’t sleep a wink for one night is ignoring crucial diagnostic detail that’s important in pinpointing a disease thus, making a very serious illness seem very trivial. They are incognizant factors such as time-span, persistence, and possible contributors such as substance abuse that may cause their diminished need for sleep.

Likewise, most people think of OCD as a mental illness of rituals such as washing hands obsessively or checking the door a hundred times before

turning in for sleep. However, clinicians who are conversant with the intricacies of OCD know that the disease can take a wide range of different variations that massively deviate from the traditional understanding of the disease.

Self-diagnosis is discouraged in mental health for the simple fact that human beings aren’t good when it comes to judging their own behavior so It’s virtually impossible to say and know for sure that you’re depressed till you see a qualified diagnostician-a licensed psychologist or psychiatrist. It’s unethical even for a psychiatrist who by his own deciphering deduces that he has symptoms of depression to write himself a prescription of antidepressants.

So what’s the difference between depression and feelings of sadness Depression is diagnosable, sadness isn’t

Just as indicated earlier, depression is an abnormality of the mind and all psychological abnormalities must be properly diagnosed and treated. Sadness, on the other hand, is not. It is an important emotion that serves a survival function. Sadness is only considered problematic if its effects are prolonged or when one finds it impossible to recover from it.

It’s impossible for someone to feel sad in the absence of a cause. Mild or severe, big or small, sadness cannot occur in a vacuum. It is elicited by changes in the environment.

Contrastingly, just like panic disorder which by definition is a condition that sporadically engulfs its victims by activating the flight and fight centers of their brain even in the absence of a real threat or trigger, people suffering from depression disorders usually don’t need a reason to feel depressed. They’re often depressed for no reason at all, which can be so frustrating putting victims of depression at increased risk of suicide. 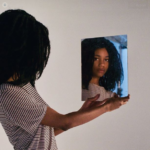 Does Technology Make Us More Alone? 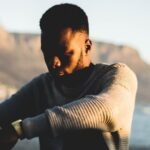